Why is Jesus Christ the focus of all that we do? The reason is simple. It’s because we are so grateful for the gift of salvation he earned and has given to us. Before I became a pastor, I spent 20 years working in the marketplace. But success in the marketplace still leaves a person wondering, “Is this all there is?” Author C.S. Lewis wrote, “If I find in myself a desire which no experience in this world can satisfy, the most probable explanation is that I was made for another world.” Centuries earlier, Augustine once prayed, “You made us for yourself, and our heart is restless until it finds its rest in you.” They were both right. You and I were made for fellowship with the living creator God of the universe. When we understand that Jesus Christ uniquely made that fellowship possible, it makes all the difference in our lives. We delight in Jesus Christ out of gratitude for this gift of a reconciled relationship to God. Welcome to New Life Presbyterian Church! One of the realities of living in Southern California is that you have many churches to choose from as you look for one to call home. The choice is a difficult one to make. We are not the biggest church around. We are not the smallest. But we are a church committed to the central and objective historical reality of Christianity–the life, death, and resurrection of Jesus Christ. Everything we do here revolves around three basic principles: worshipping the God of the gospel, growing in grace together as a church, and communicating the changeless Christ to the culture.

Worship the God of the Gospel. Grow in Grace Together as a Church. Communicate the Changeless Christ to the Culture.

To present everyone mature in Christ

While every Christian church shares a faith in Jesus Christ, each congregation has a unique set of people serving in leadership. The gifts and talents of that team give each congregation its own “flavor.” We believe that our values connect us with the historic Christian faith and at the same time give expression to the unique leadership team here at New Life.

Biblical
Scriptures are the infallible authority and define everything we say and do.
Unity
We pursue unity over efficiency and leading through consensus.
Respect
We esteem and embrace everyone as image bearers of God.
Humility
We count others more important than ourselves.
Integrity
Truth and grace define and drive all that we do.
Service
Everyone uses his/her God-given gifts and skills to serve others.
Excellence
We seek excellence in everything we do.

New Life is a member of the Presbyterian Church in America (PCA). The PCA was established in 1973 in response to the need for a biblical and evangelical witness to Jesus Christ. As a reformed denomination, it is faithful to the scriptural truths recaptured in the historical Reformation.. The PCA has established as its top priorities: (1) to be biblical in its doctrine and form of government; and (2) committed to evangelism, Christian education, and the equipping of every Christ-follower for ministry.

Learn More about the PCA

New Life operates in a presbyterian form of church government which is a representative form of government. The responsible officers are the elders, each of whom is elected by the congregation. The Senior Pastor, as well as the associate pastors and ruling elders, make up the Session (similar to a board of directors), and are responsible for the governance and spiritual oversight of the church.

New Life started in 1977 as a home Bible study in Mira Mesa. Worship services formally began in 1978 in an elementary school in Mira Mesa with eight families. In 1979 the young congregation moved to a facility in Poway. When William Rudolph, the organizing pastor resigned in late 1979, Dick Kaufmann was called as New Life's new pastor. Dick Kaufmann pastored New Life for 14 years. During that time, New Life moved to Escondido, purchased and constructed its current facility, planted two daughter churches, and realigned its denominational affiliation from the Orthodox Presbyterian Church (OPC) to the PCA. In 1994, Dick Kaufmann accepted a call to minister in New York City at Redeemer Presbyterian Church (PCA). In 1995, Dan Deaton accepted New Life's call to be its next Senior Pastor. Dan served at New Life for four years and resigned in 1999. Dr. Dennis Johnson, Professor of Practical Theology at Westminster Seminary in California and an Associate Pastor at New Life, served as Interim Pastor. In October 2001, Ted Hamilton was called and installed as Senior Pastor of New Life.

Want to worship with us?

If you want to know more about the salvation Jesus offers, please drop by the church or give us a call at 760.489.5714. We hope with all our hearts that you are made to feel at home here at New Life. 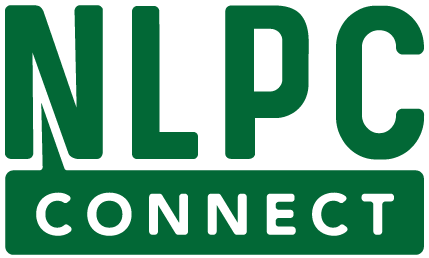